In a word: Chefs

You know the cookbook season is in full swing when the coffee-table books start arriving (ker-THUNK on the porch!). The spines are the first thing you notice, stark and black, with a single word emblazoned across darkness. MALLMANN, they say.  BROCK.  And DABBOUS. 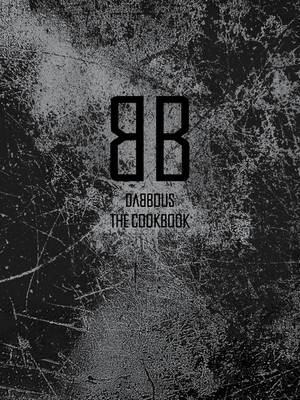 This is only a little different from books of a few years ago, which typically featured restaurants on their spine-marquees: MANRESA, or NOMA, or A16.  Today’s productions are equally architectural and visually striking.

The modernist-cuisine influence is still strong in Dabbous (in this case the name of the London restaurant as well its proprietor, Ollie Dabbous), which relies heavliy on vacuum-bag techniques, although you don’t find transglutaminase (“meat glue”) or foams. Still, even a simple-sounding recipe like “Ripe Peach in Its Own Juice” calls for 2 days of prep and some tricky sourcing: fresh almonds, marigold leaves, plum kernel oil. Gallery-quality art shots with die-cut mattes fill the book, further advocating for the book’s residency in the living room, not the kitchen. 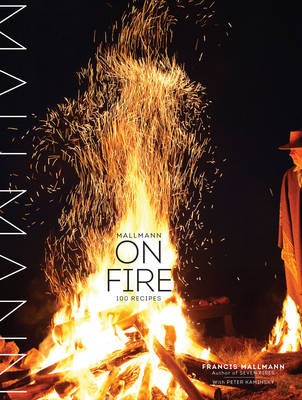 MALLMANN (which turns out to be actually called Mallmann on Fire), by contrast, is low-tech in the extreme – many of the book’s recipes were created on a portable grill that hops about with Chef on his travels.  The book is practically an album of snapshots- live fire, fresh meat, cook with his hat & neckerchief.  There’s something inspirational about it – the idea that you can cook anything, anywhere, so long as you’re comfortable with fire – and yet, at the same time, it feels like it just might work at home too.

Of all these, I was perhaps most excited to see Sean Brock’s book, Heritage.  Brock, the genius of Southern foodways, has been getting a lot of press for his devotion to heritage ingredients.  I knew that I couldn’t expect the book to be that accessible,  since what’s “local” or “heritage” south of the Mason-Dixon line is hardly likely to be available in New England.  Still, I was disappointed that I couldn’t jump right in without ordering something online (fine-cloth-bolted pastry flour, Bourbon-barrel-aged vanilla) or getting halted by equipment (“Juice extractor”, “dehydrator”) in each recipe.  I’d almost have rather have had a book with no pretense of practicality – all photos and essays – than confront my own lack of resourcefulness on every page.

So, no surprises destined for the kitchen shelf.  Ah well, there’s no room there anyway – it’s filled with weeknight cookbooks I actually use.  I guess we’ll just have to go hunting for a coffee table.